240 Gems
Not to be confused with the Rare A-Frame Bookshelf.

The A-Frame Bookshelf is a den item. It was originally released in the Beta Testing at Jam Mart Furniture for 250 Gems.

The A-Frame Bookshelf is a bookshelf which is made from two slightly notched large planks of wood leaning against one another to create an A-shaped structure. There are many multi-colored books on the shelves. 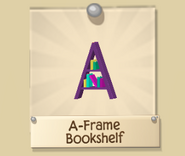 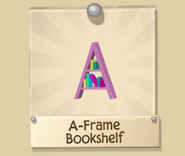 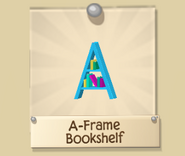 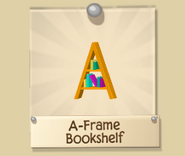 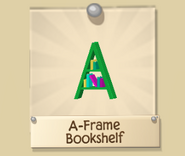 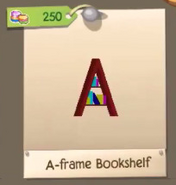 Beta Testing design
Add a photo to this gallery
Retrieved from "https://ajplaywild.fandom.com/wiki/A-Frame_Bookshelf?oldid=265601"
Community content is available under CC-BY-SA unless otherwise noted.