A Puppy's Tale is a story-driven Minigame that revolves around a puppy whose bone is stolen by the Phantoms.

It was released on February 15, 2017 at Appondale, through A Puppy's Tale Arcade and the Games screen.

In this game, the player controls a puppy and battles Phantoms by drawing shapes on the screen.

The Phantoms start at the outer edges of the screen and slowly close in on the puppy. Once a Phantom reaches the center, the puppy will lose a heart and all the surrounding Phantoms will be pushed back halfway.

Each Phantom has a specific series of shapes above it and when the player draws the first shape in that series, it will be removed and the Phantom may be pushed back.

Once all the shapes are removed from above a Phantom, it will be defeated. If the puppy loses all three hearts before defeating the Phantoms, the player will be forced to either quit or replay the chapter. 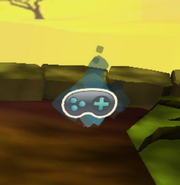 A Puppy's Tale located at Appondale 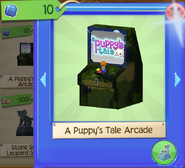 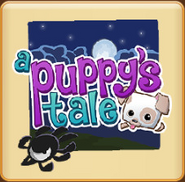 A Puppy's Tale from the Games screen
Community content is available under CC-BY-SA unless otherwise noted.
Advertisement