270 Gems
The Alien Mask is a clothing item worn on the face. It was originally released in July 2016 at Jam Mart Clothing for 900 Gems.

The Alien Mask is a mask resembling a head of an extraterrestial. It has a pair of long, thin antennae with circular shapes at the tips. On the front it has 3 large, googly eyes and pink tongue sticking out of its mouth. This item comes in 5 variants. 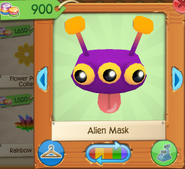 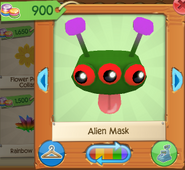 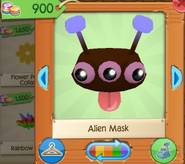 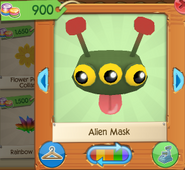