390 Gems
Not to be confused with the Rare Angel Wings, Pet Angel Wings or Spotted Wings.

Angel Wings are clothing items worn on the back. They were originally released in the Beta Testing as one of the Default Clothing Items in all Jammers' inventory.

The item was relocated to Jam Mart Clothing in January 2016 costing 1,300 Gems.

The Angel Wings consist of a thin frame that branches out and models the shape of the wings. The texture of the wing is uneven and it appears to have feathers. 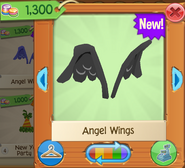 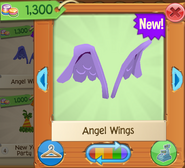 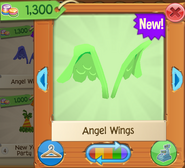 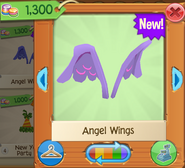 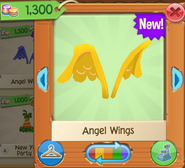 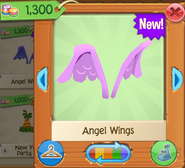