Become your favorite animal and join your friends in the wild world of Jamaa! Show off your style with animal characters that express the real you. Design your own den and invite your friends to parties in your virtual home. You’ll explore a lush and beautiful 3D world, meet and chat with new friends, and play great games for FREE!

Animal Jam is an iOS/Android mobile game developed by WildWorks, along with the National Geographic Society. It is based on the online game Animal Jam, a virtual world for kids. Currently, Animal Jam is available on the App Store, Google Play, Amazon App Store, and Steam. It is also available to download on the web through the Animal Jam website.

Animal Jam began its closed beta testing on December 18th, 2014 for Android users only and ended on May 13th, 2015. The Beta Testing version of the app was distributed to beta testers via email. After the beta testing ended, all user data was removed. In addition, beta testers were distributed a code that unlocked exclusive Founders' Items.

Animal Jam Logo
Add a photo to this gallery 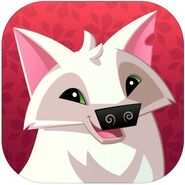 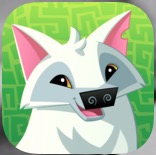 Version 19.0
Add a photo to this gallery
Retrieved from "https://ajplaywild.fandom.com/wiki/Animal_Jam?oldid=327921"
Community content is available under CC-BY-SA unless otherwise noted.