480 Gems
The Archer Hat is a clothing item worn on the head. It was originally released at Jam Mart Clothing for 1,600 Gems.

The Archer Hat is pointed in shape with a striped feather protruding from the side.

This item comes in 12 variants. 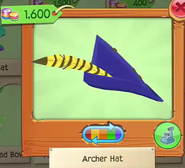 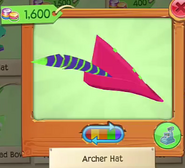 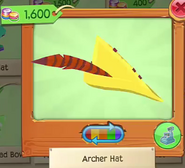 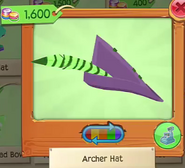 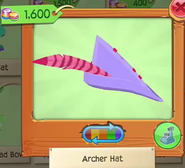 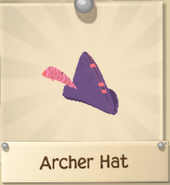 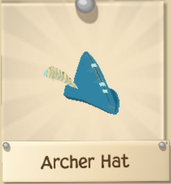 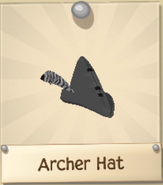 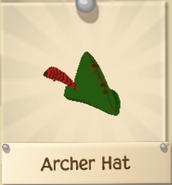 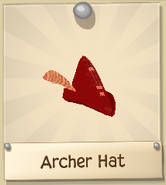 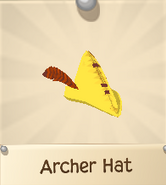 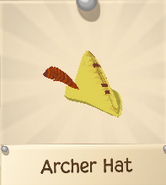 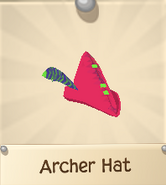