45 Gems
The Arctic Wolf Plushie is a den item. The plushie can be won by random chance in The Claw machine or The Superclaw machine, which costs 5 Gems to play.

This is a small, stuffed Arctic Wolf standing upright on its two hind legs. There is a visible seam running down the center of its face. This item comes in many varieties. 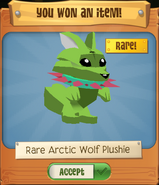 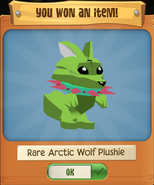 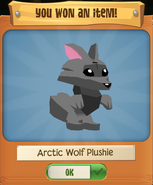 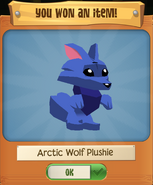 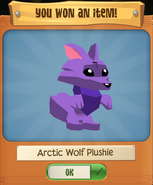 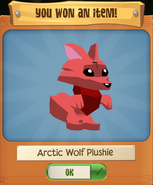 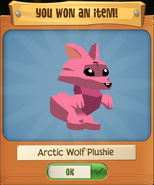 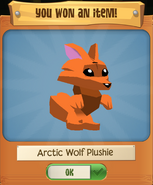 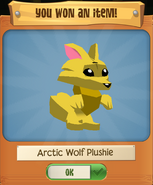