Not to be confused with the Golden Aura Stone Crown.

The Aura Stone Crown is a clothing item worn on the head. It was originally released during the Beta Testing at Jam Mart Clothing for 1,200 Gems.

The Aura Stone Crown consists of seven heptagon-shaped stones that are slightly cracked. Each consists of a gem in the shape of a sphere slightly protruding from the stones. When worn, it floats above the Animal’s head and emits an indigo aura, similar to the color of the default Aura Stone Crown's gems. This item comes in 8 different color variants. 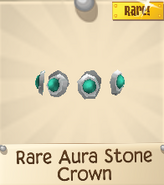 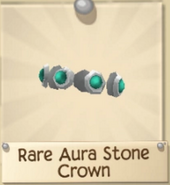 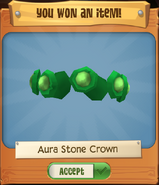 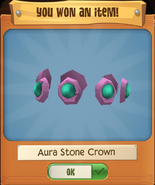 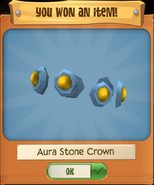 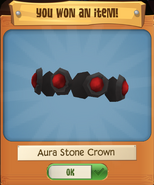 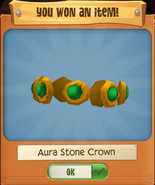 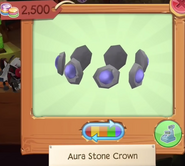 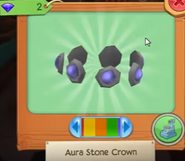 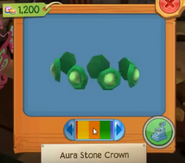 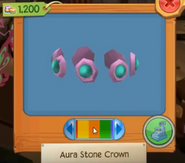 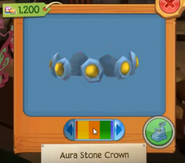 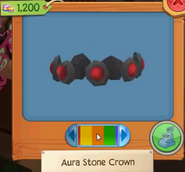 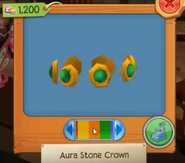 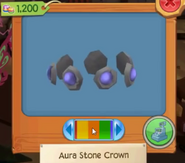 Aura Stone Crown in the Beta Testing
Add a photo to this gallery
Retrieved from "https://ajplaywild.fandom.com/wiki/Aura_Stone_Crown?oldid=399968"
Community content is available under CC-BY-SA unless otherwise noted.