Available as a prize from Gorilla's Treasure Hunt

202 Gems
The Banana Bench is a den item. It was originally released on September 6, 2018 as a prize from the Gorilla's Treasure Hunt.

The Banana Bench is a bench that resembles a banana cut in half. It is furnished with three banana slices that act as pillows. Part of a banana peel is visible underneath the bench, as well as a part of the stem. This item comes in 6 variants. 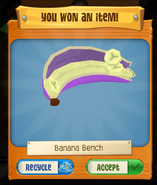 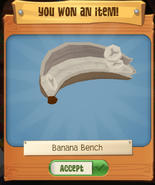 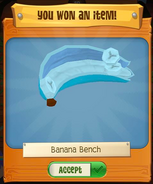 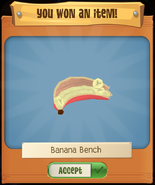 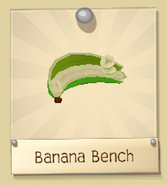