75 Gems
Not to be confused with the Pet Baseball Cap.

The Baseball Cap is a clothing item worn on the head. It was originally released in the Beta Testing at Jam Mart Clothing for 450 Gems.

Since December 2015, the Baseball Cap can be won through The Claw at the Trading Party for 50 Gems.

The Baseball Cap is a round hat with a flat rim on the front. There is a small paw print on the cap. This item comes in 6 different variants, not including the Rare Item Monday version. 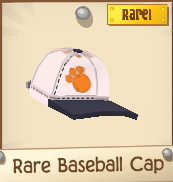 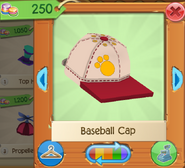 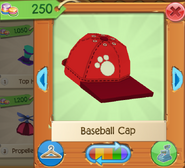 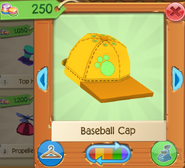 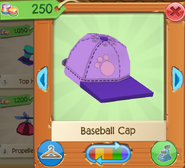 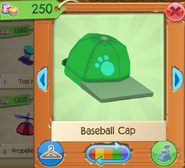 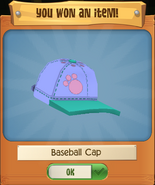 Baseball Cap from the Claw at the Trading Party 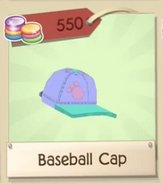 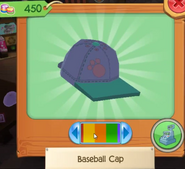 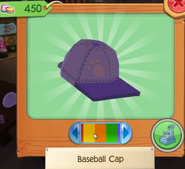 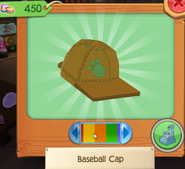 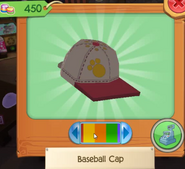 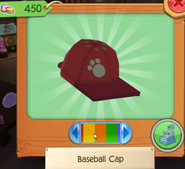 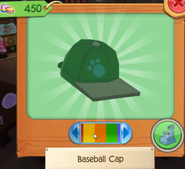 Baseball Cap in the Beta Testing 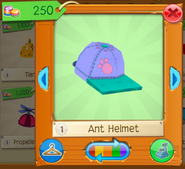 Accidentally renamed.
Add a photo to this gallery
Retrieved from "https://ajplaywild.fandom.com/wiki/Baseball_Cap?oldid=265719"
Community content is available under CC-BY-SA unless otherwise noted.