750 Gems
The Bat's Hanging Tree House is a Vampire Bat's pet den item. It was originally released during the Night of the Phantoms in October 2016 at Claws 'N Paws for 15 Sapphires.

An upside-down house hanging from an old dead tree. The item comes in a variety of 5 colours. 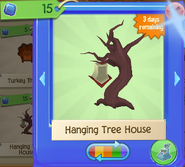 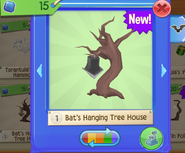 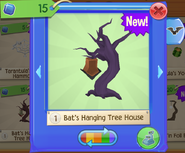 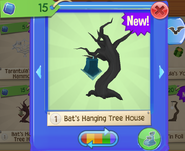 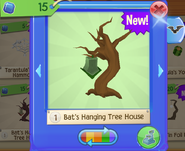