1,000 Gems
The Bat's Tin Foil Ball is one of the Vampire Bat's pet den items. It was originally released during the Night of the Phantoms on October 2016 at Claws 'N Paws for 20 Sapphires.

The Bat's Tin Foil Ball is a little tin foil ball that hangs from a string, which is tied to a winding branch.

The item comes in 5 variants. 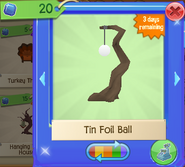 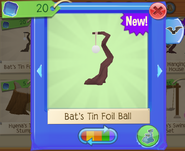 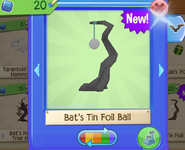 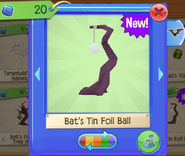 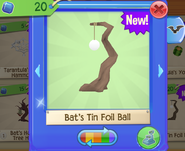