500 Gems
The Bat's Woven Fruit Basket is a Vampire Bat's pet den item. It was originally released during the Night of the Phantoms on October 2016 at Claws 'N Paws for 10 Sapphires.

It appears to be a woven basket filled with fruit, such as grapes, oranges and apples. This item comes in 4 variants. 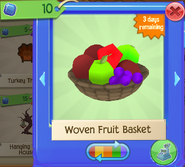 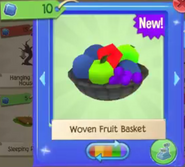 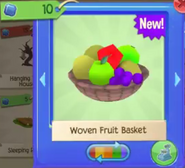 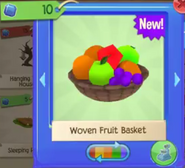 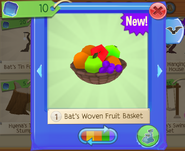 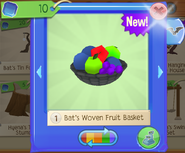 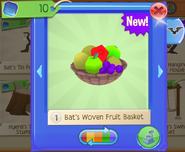