Not to be confused with the Pet Beret

534 Gems
The Beret is a clothing item worn on the head. It was originally released in the Beta Testing at Jam Mart Clothing for 300 Gems.

The Beret is a round flattish cap, representing its real-life counterpart. It has a large slanting top with a small stick on top. It seems to have a thin strap running around the bottom to secure the hat.

This item comes in 6 variants and an unknown number of random generated variants. 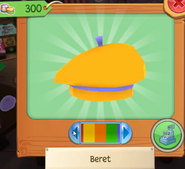 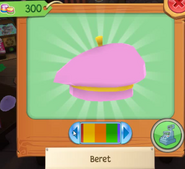 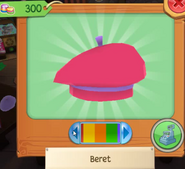 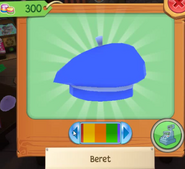 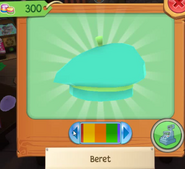 Beret in the Beta Testing 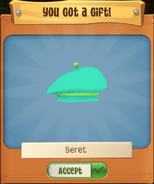 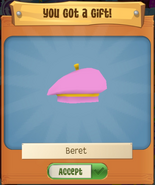 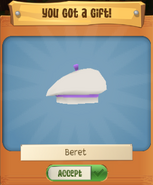 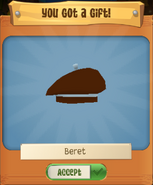 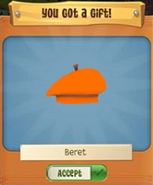 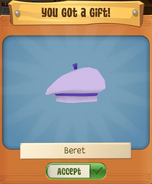 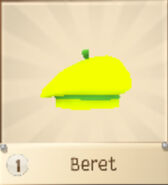 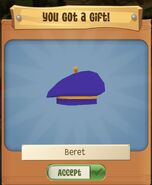 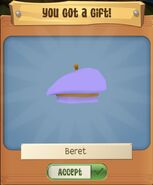 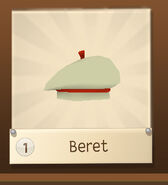 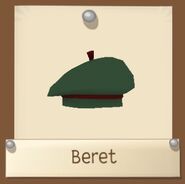 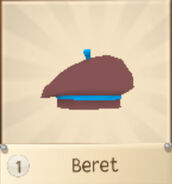 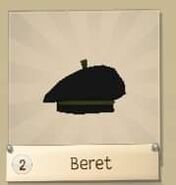