420 Gems
The Bone Tail is a clothing item worn on the tail. It was originally released during the Night of the Phantoms in October 2015 at Jam Mart Clothing for 1,400 Gems.

This item comes in 8 variants. It has 8 sections on one long bone, and swishes back and forth when equipped. 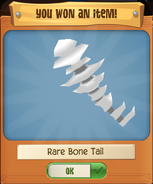 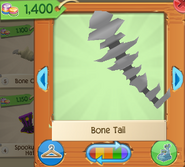 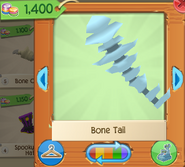 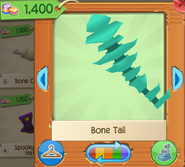 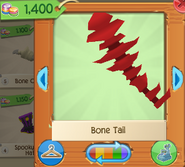 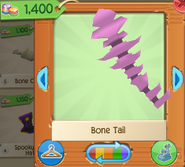 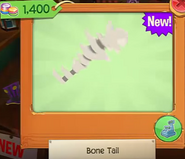