180 Gems
This item is available for sale in Aquarium's den only.

The Brain Coral is an Aquarium's den item. It was originally released in September 2016 at the Shop for 600 Gems.

The Brain Coral consists of a large, brightly colored piece of coral that has darker markings on it to resemble one's brain. This item comes in 8 variants. 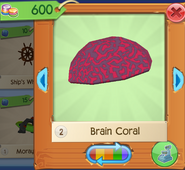 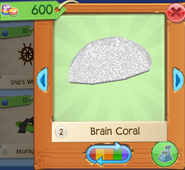 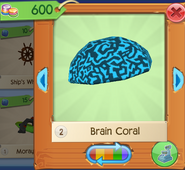 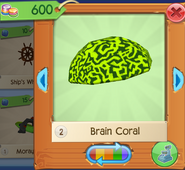 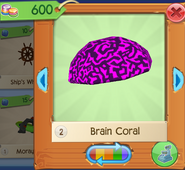 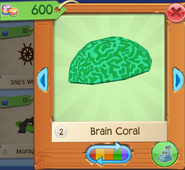 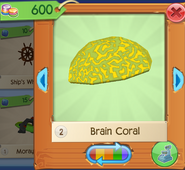