150 Gems
The Broken Heart Rug is a den item. It was originally released during the Friendship Festival in January 2016 at Jam Mart Furniture for 500 Gems.

The Broken Heart Rug is an average-sized red rug that appears to resemble a broken heart. 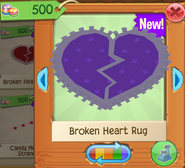 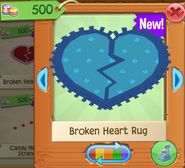 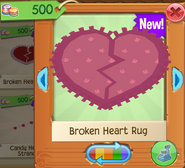 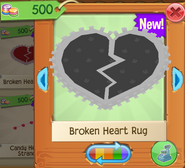 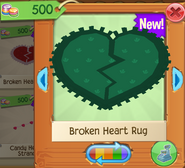