The Bunny HDTV is a large rectangular TV with rounded bunny ears on top. When the sit action is performed near it, the screen lights up in a picture of a magenta and a green bunny on carrot pogo sticks bouncing. 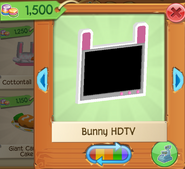 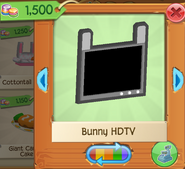 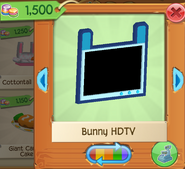 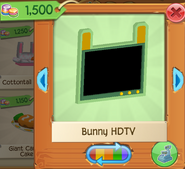 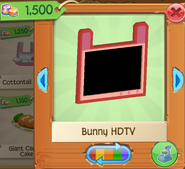