The Butterfly Bracelet is a clothing item worn on the paws. It was originally released in February 2017 at Jam Mart Clothing for 650 Gems.

The Butterfly Bracelet consists of a black band with a Monarch Butterfly attached to it. The body of the butterfly is black. Its wings are spread and they have a black outline and colorful leaf-like pattern decorating the middle. 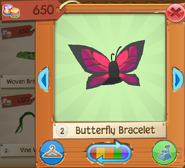 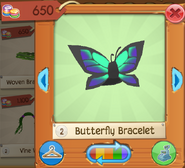 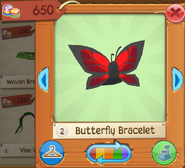 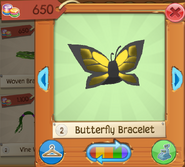 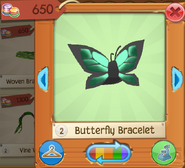 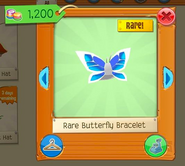 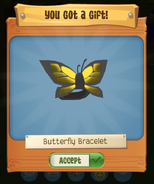