360 Gems
The Candy Bar Couch is a den item. It was originally released during the Night of the Phantoms in October 2016 as a prize from the Light In The Dark Minigame.

The Candy Bar Couch a couch in the shape of a bar of chocolate. There is a chocolate square cushion. The side of the couch has a bite taken from it and a wrapper along the bottom of the item. 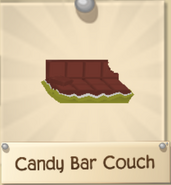 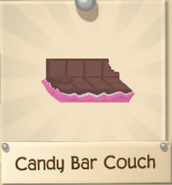 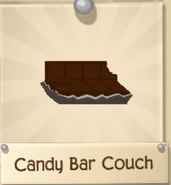 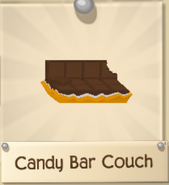 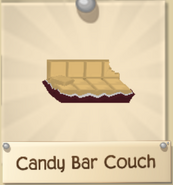