210 Gems
The Candy Corn Fang is a clothing item worn on the face. It was originally released during the Night of the Phantoms in October 2015 at Jam Mart Clothing for 700 Gems.

It is a set of fangs made of candy corns and attached to a gum. The item currently comes in 6 variants, though there are extra variants that were discontinued. 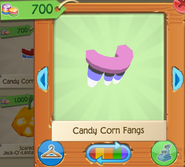 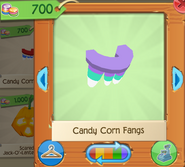 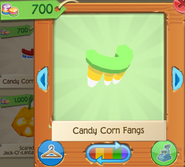 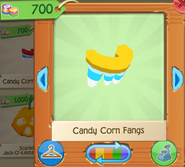 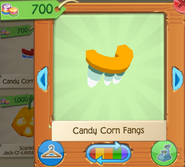 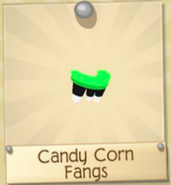 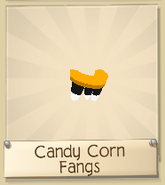 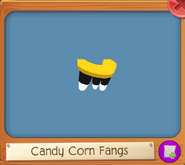