150 Gems
The Candy Heart Strand is a den item. It was originally released during Friendship Party in January 2016 at Friendship Party for 500 Gems. This item was re-located at Jam Mart Furniture on February 2017.

The Candy Heart Strand has four hearts connected by strings that droop at some intervals. This item comes in 6 variants. 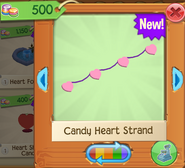 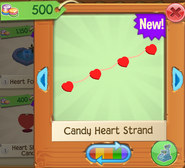 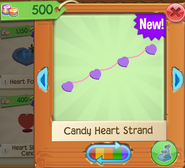 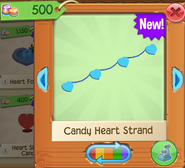 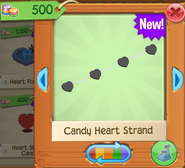