180 Gems
The Castle Den Banner is a den item. It was originally released in June 2016 at Jam Mart Furniture for 600 Gems.

The Castle Den Banner consists of a pale-yellow rimmed forked banner. The banner has two halves in different colors: deep purple and a purple-ish blue. On the middle of the banner there is a solid red castle with sky blue windows and a door. A spades symbol is visible in two corners of the banner. It is hung by a long rope that ends in short yellow tufts. This item comes in 6 variants. 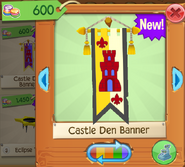 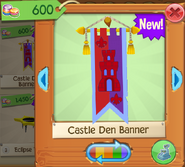 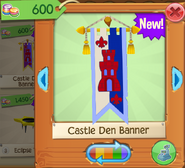 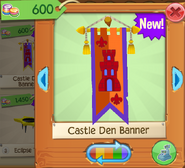 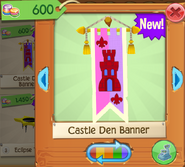 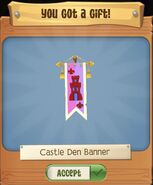