330 Gems
Not to be confused with the Pet Cat Ears.

The Cat Ears are a clothing item worn on the head. They were originally released in August 2016 at Jam Mart Clothing for 1,100 Gems.

The Cat Ears consist of a headband with two medium-sized triangular ears attached at the top, resembling those of a cat. This item comes in 6 variants. 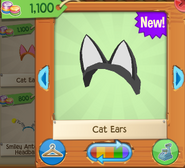 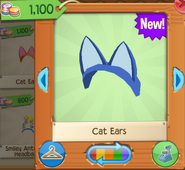 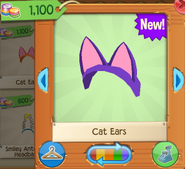 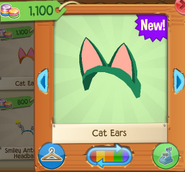 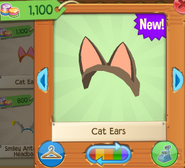 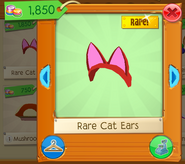