300 Gems
The Cleverclaw's Dresser is a den item. It was originally released in the Beta Testing at Jam Mart Furniture for 500 Gems.

Cleverclaw's Dresser is a dresser with rounded sides and a flat surface. It stands on four stubby legs. A flower vase and a lamp with a bird that seems to be from the Paradise Party on the shade sit on top of the dresser. There are three rows of drawers, with a shelf for books and knickknacks between the top two. 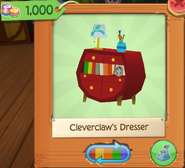 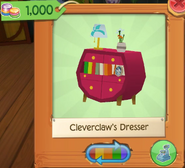 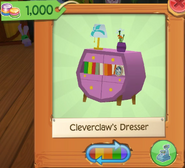 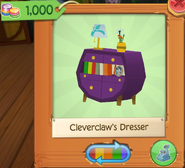 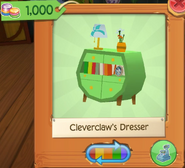 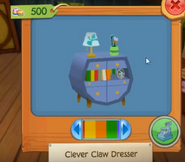 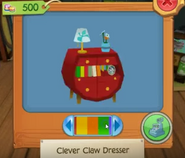 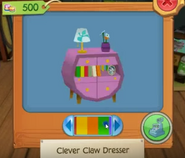 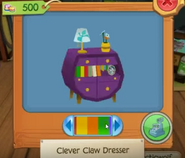 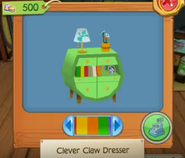