1,150 Gems
Not to be confused with the Rare Clover Couch.

The Clover Couch is a den item. It was originally released during Lucky Day on March 2016 at Jam Mart Furniture for 1,150 Gems. 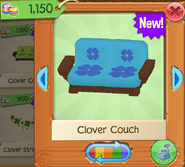 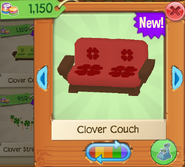 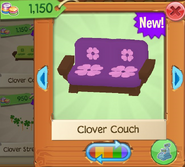 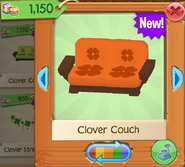 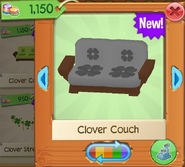