The Clover Skirt is a clothing item worn on the back. It was originally released during Lucky Day in March 2016 at Jam Mart Clothing for 1,400 Gems.

The Clover Skirt is a skirt that slightly resembles a kilt. There is a solid-colored cloth which is mostly covered by a plaid piece of cloth which is cinched by a belt with two buttons and a decorative clover.

This item has 7 variants, including the RIM variant. 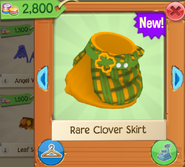 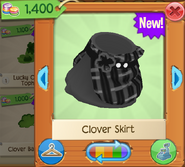 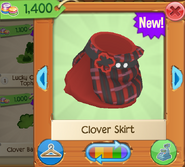 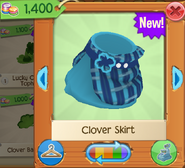 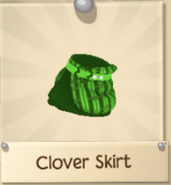 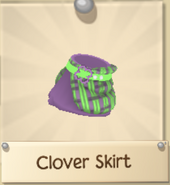