650 Gems
The Rare Cone Collar is a clothing item worn around the neck. It was originally released in September 2015 at Jam Mart Clothing for 650 Gems.

The Rare Cone Collar appears to be a typical cone collar worn by pets to prevent them from biting or licking wounds. This item comes in 6 variants. 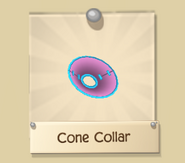 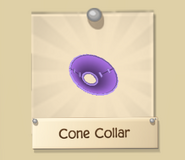 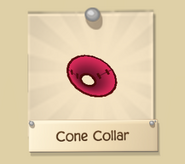 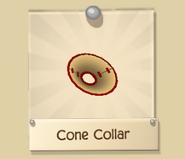 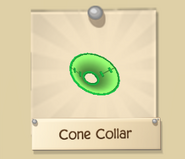