270 Gems
The Rare Cowboy Boots is a clothing item worn on the paws. It was originally released in the Beta Testing at Jam Mart Clothing for 400 Gems.

The Rare Cowboy Boots are an old-fashioned pair of boots based off of cowboy ones. They have a rubber sole and white swirls going down the side of it. This item comes in an unknown amount of variants. 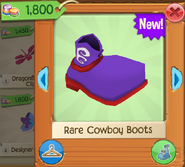 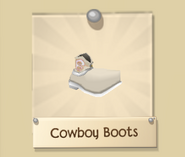 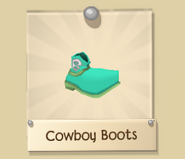 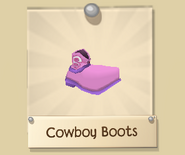 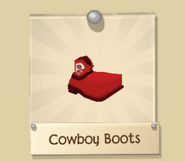 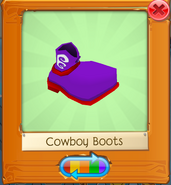 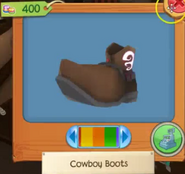 Cowboy Boots in the Beta Testing
Community content is available under CC-BY-SA unless otherwise noted.
Advertisement