165 Gems
This item is available for sale in Aquarium's den only.

The Crab is an Aquarium's den fish. It was originally released in September 2016 at the Shop for 550 Gems.

A jumpy crustacean with two large eyes and a pale underbelly. They have one pincher and seven other legs. The item comes in only 8 variants. 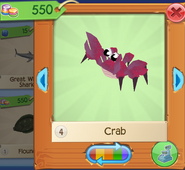 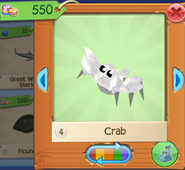 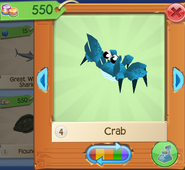 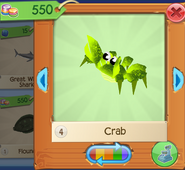 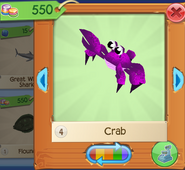 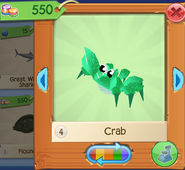 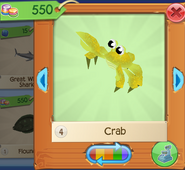