435 Gems
Not to be confused with Pet Cupid Wings or the Rare Cupid Wings.

Cupid Wings are clothing items worn on the back. It was originally released during Friendship Festival in February 2016 at Jam Mart Clothing for 1,450 Gems.

Cupid Wings consist of a pair of large wings. On the side of each wing, there is a glossy white shine. It appears to have two layers of feathers. This item comes in 6 different variants. 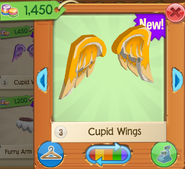 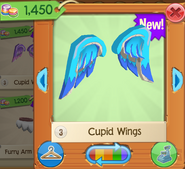 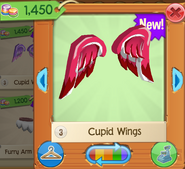 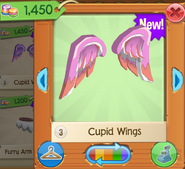 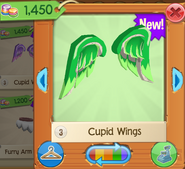 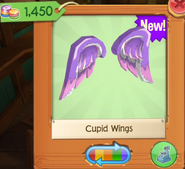 Add a photo to this gallery
Retrieved from "https://ajplaywild.fandom.com/wiki/Cupid_Wings?oldid=265749"
Community content is available under CC-BY-SA unless otherwise noted.