Not to be confused with the Pet Deer Antlers.

The Deer Antlers is a clothing item worn on the head. It was originally released in July 2015 though the Wolf Treasure Hunt. 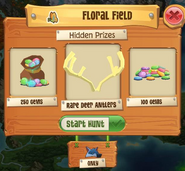 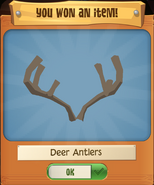 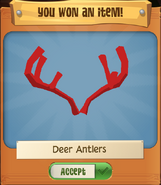 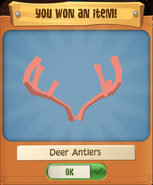 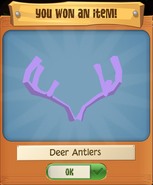 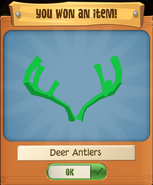