555 Gems for rare
The Designer Glasses is a clothing item worn on the face. It was originally released at Jam Mart Clothing.

The item comes in many variants. They are stylish sunglasses with over sized lenses. There are designer logo decals on the sides that say AJ. This item comes in 7 variants. 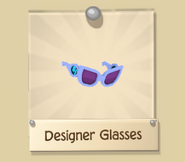 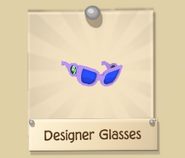 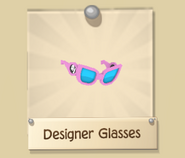 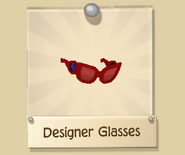 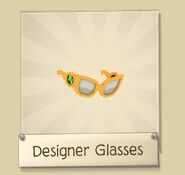 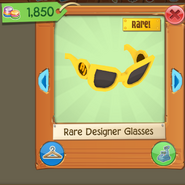 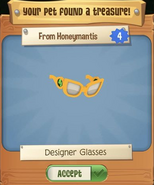 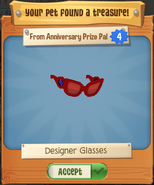