The Designer Shoes is a clothing item worn on the paws. It was originally released in January 2016 at Jam Mart Clothing for 1,800 Gems.

The Designer Shoes are fashionable high-heels with strings tied in a double bow.

This item comes in 7 variants, including the Rare Item Monday variant. 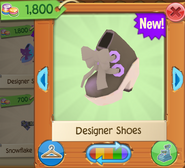 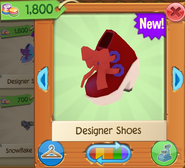 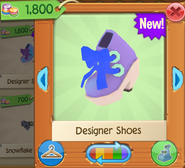 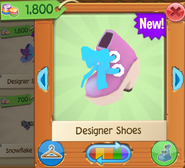 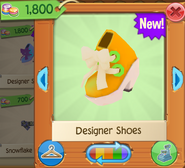 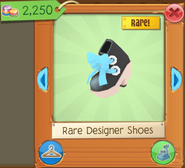