Not to be confused with the Pet Designer Skirt.

1,050 Gems for rare
The Designer Skirt is a clothing item worn on the back. It was originally released in July 2015 at Jam Mart Clothing.

The Designer Skirt is a stylish skirt with a piece of fabric pulled away by beads to show a different fabric. This item comes in 7 variants, including the Rare Item Monday version. 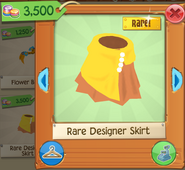 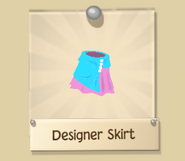 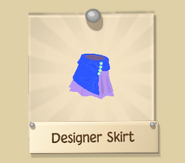 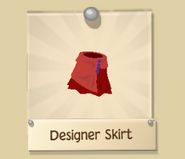 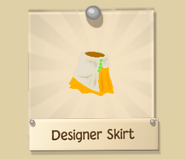 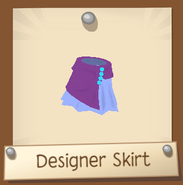