The Diner Menu is a den item. It was originally released in September 2016 at Jam Mart Furniture for 700 Gems.

The item is available as a prize through Touch Pool Minigame since November 2016.

The Diner Menu appears to be a menu for a diner. Multiple food options are shown on a board, which seem to be drawn by hand. In the middle is a large AJ emblem. The item comes in 5 variants. 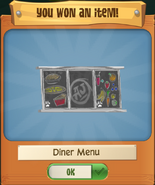 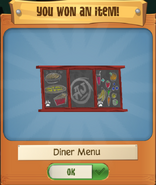 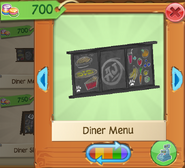 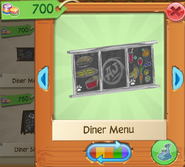 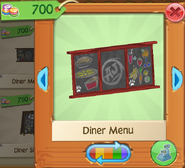 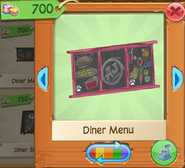 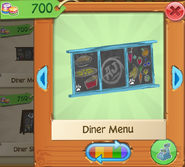 Add a photo to this gallery
Retrieved from "https://ajplaywild.fandom.com/wiki/Diner_Menu?oldid=284802"
Community content is available under CC-BY-SA unless otherwise noted.