195 Gems
The Director's Chair is a den item. It was originally released in February 2017 at Jam Mart Furniture for 650 Gems.

This appears as a wooden and canvas fold-up chair, commonly seen on film sets to be seated in by the director. There is a megaphone next to the chair. 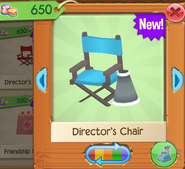 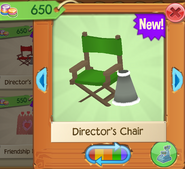 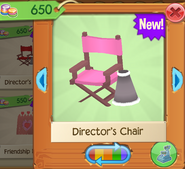 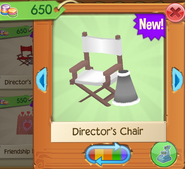 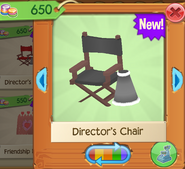