255 Gems
The Disco Ball is a den item. It was originally released in the Beta Testing and Jam Mart Furniture for 250 Gems.

The Disco Ball is a large, white ball that is coated with many small, shiny squares. It has an animated spin and seems to sparkle. 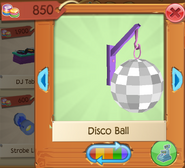 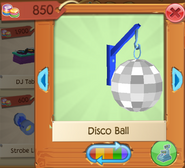 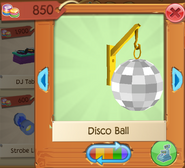 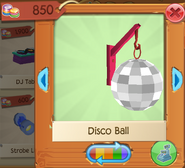 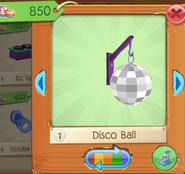 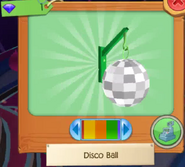 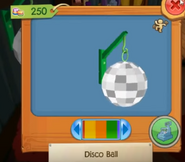