The Dragon Wings are a clothing item worn on the back. They were originally released in the Beta Testing at Jam Mart Clothing for 2 Sapphires.

The Rare Dragon Wings are a pair of dragon-like wings that have black arms and three black lines with one yellow horn at the top of the thumb. Between each of the lines and the arm is black webbing that has a darker grey shadow near the top. This item comes in 8 color variants. 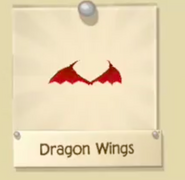 A fully-red pair of Dragon Wings that has unknown origins. 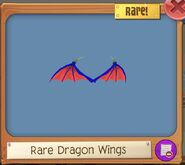 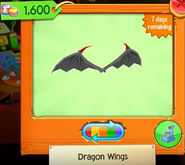 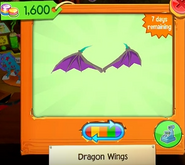 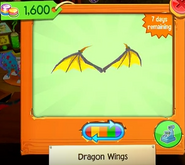 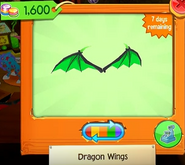 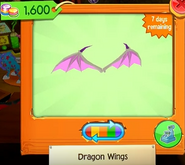 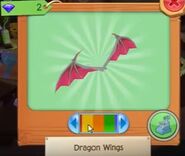 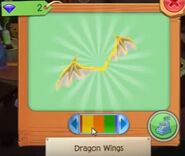 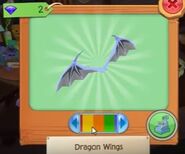 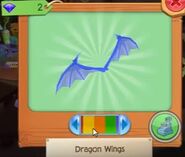 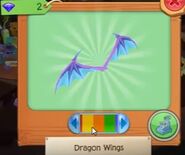 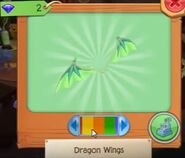 Dragon Wings in the Beta Testing
Community content is available under CC-BY-SA unless otherwise noted.
Advertisement