Not to be confused with the Pet Dragonfly Wings (Pet).

The Dragonfly Wings is a clothing item worn on the back. It was originally released in June 2015 at Jam Mart Clothing for 1,300 Gems.

The Dragonfly Wings are made of a dragonfly's striped body, two pairs of wings and a tail. The end of the tail and the tips are the same color as the wing’s border.

It comes in 12 variants, including the Rare Dragonfly Wings. 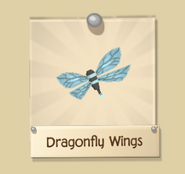 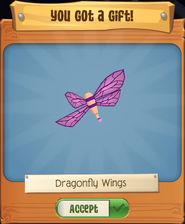 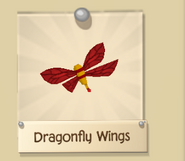 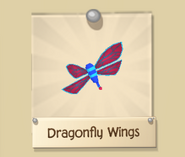 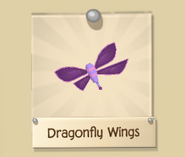 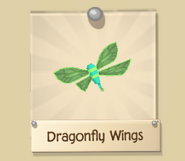 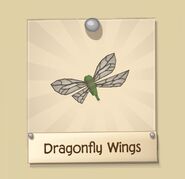 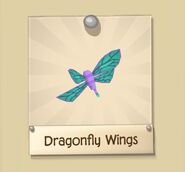 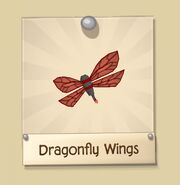 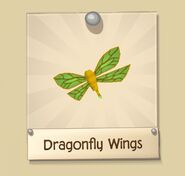 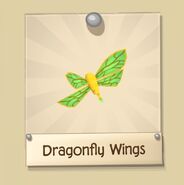 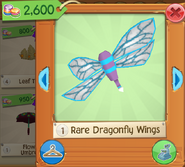 Rare Item Monday Variant
Add a photo to this gallery
Retrieved from "https://ajplaywild.fandom.com/wiki/Dragonfly_Wings?oldid=301718"
Community content is available under CC-BY-SA unless otherwise noted.