The Dual Samurai Sword is a clothing item worn on the back. It was originally released in December 2015 as an Arctic Wolf Treasure Hunt's prize.

The Dual Samurai Swords appear to be a pair of two miniature katanas that cross at the the tips of the blades. They come in 9 variants. 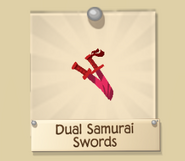 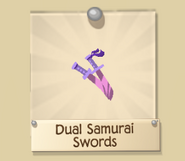 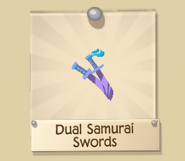 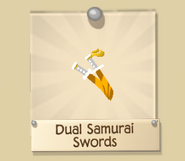 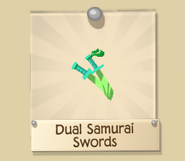 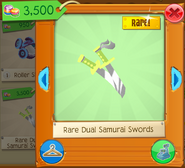