1,000 Gems
The Elf Tail Armor is a clothing item worn on the tail. It was originally released in November 2016 at Sapphire Shop for 20 Gems (recycling for 6 Gems). The price was corrected to be 20 Sapphires two days later.

The Elf Tail Armor consists of a tail with several jewels stuck to each segment of the tail. The item comes in 6 variants. 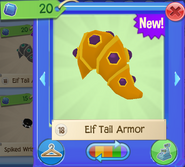 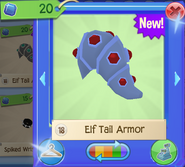 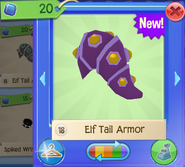 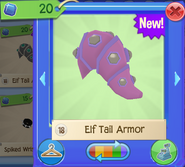 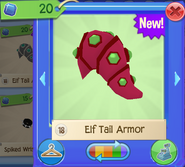 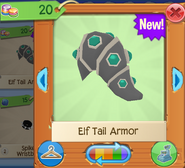 Elf Tail Armor was available for Gems during 2 days, when AJ glitched it, showing 20 gems instead of 20 sapphires.