375 Gems
The Epic Giant Trapped Phantom is a den item. It was originally released in May 2016 at Epic Wonders.

This is a large, black phantom trapped on the ground by two heavy chains. Its eye looks around and it struggles to break free when placed in a den. This item comes in 6 variants. 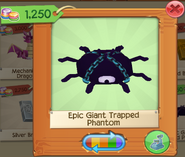 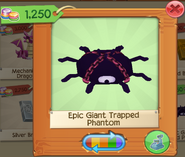 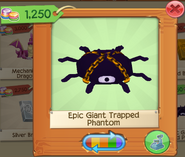 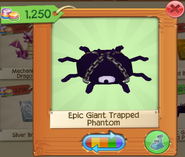 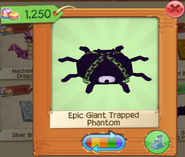