300 Gems
Not to be confused with the Rare Fancy Vase

The Fancy Vase is a den item. It was originally released in the Beta Testing at Jam Mart Furniture for 300 Gems.

The Fancy Vase appears as a wide vase, the most bulged part being at the middle. It gets smaller as it goes up, and abruptly ends with a thin throat.

This item comes in 6 variants + an unknown number of random generated variants. 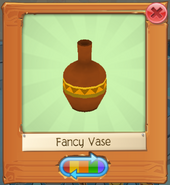 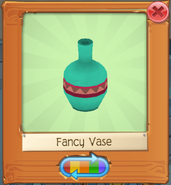 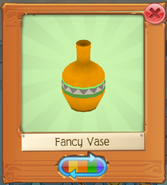 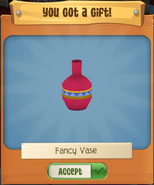 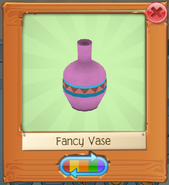 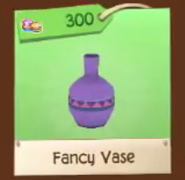 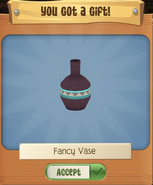 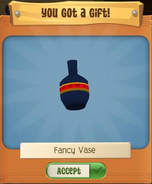 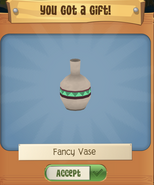 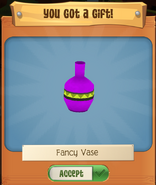 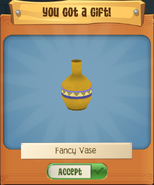 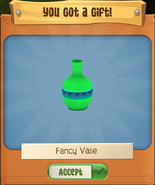