The Rare Feather Tail is a clothing item worn on the tail. It was originally released in August 2015 at Jam Mart Clothing.

The Rare Feather Tail appears to be a short, bushy tail with feathers of various lengths tied around it with 2 bands, resembling a tropical bird's tail. This item comes in 7 variants, including the Rare Item Monday variant. 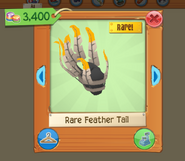 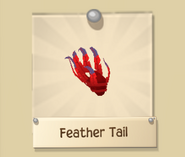 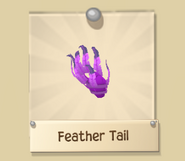 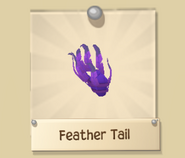 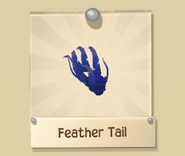 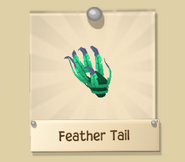