1,000 Gems
Not to be confused with the Fireman Hat.

The Firefighter Hat is a clothing item worn on the head. It was originally released in July 2015 at Jam Mart Clothing for 1,000 Gems.

The Firefighter Hat appears to be a traditional firefighter's hat with a colored badge on the front. This item comes in six variants. 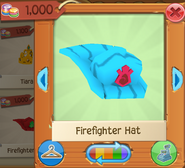 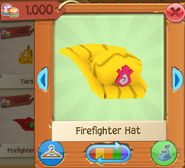 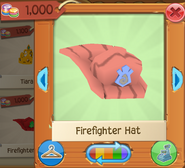 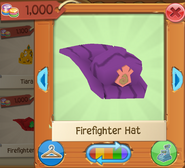 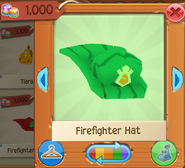