The Flamingo is a den item. It was originally released in the Beta Testing at Jam Mart Furniture for 100 Gems.

The Flamingo is a slender flamingo figure with two long metal "legs." It appears to be missing its feet. The beak is a yellow-ish orange with a black tip on the end.

It comes in 6 different variants. 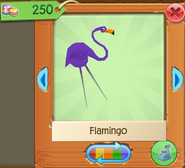 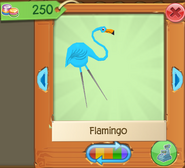 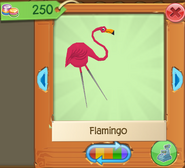 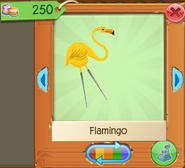 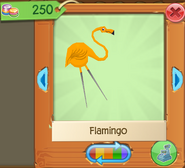 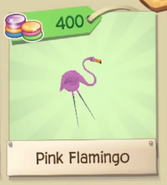 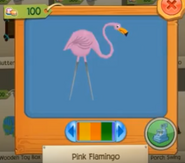 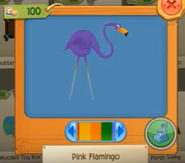 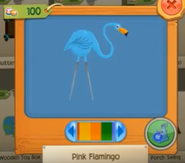 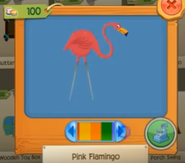 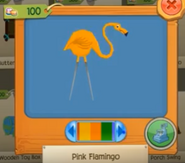 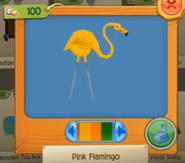