Reward for all Beta Testers

180 Gems
The Founders' Globe is a den item. It was originally released in February 2016 as a part of the Founders' Collection through a Redeem Code sent by email to all Beta Testers.

The Founders' Globe is a globe that has a golden stand. On the globe is the map of earth. The sea is a bright teal color and the continents colors vary from white, pink and orange. This item comes in only one variant. 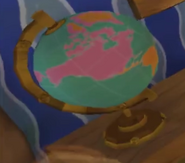 Founder's Globe from Foxes Only Party 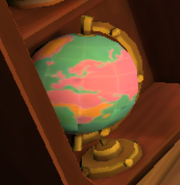 Mail sent to Beta Testers (without redeem code) on February 2016
Community content is available under CC-BY-SA unless otherwise noted.
Advertisement