300 Gems
The Founders' Map is a den item. It was originally released in August 2015 as a part of the Founders' Collection at Jam Mart Furniture for 1,000 Gems.

The Founders' Map is a large world map print on an old scroll of paper. The world on the map is the same as the one on the Writing Desk, as a part of the Atlantis Mystery Map and also on the original Treasure Hunt map before it was replaced by a list. 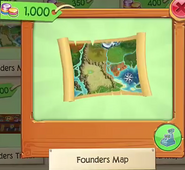 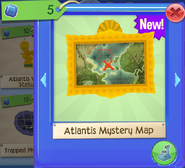 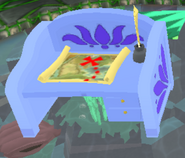 Jamaa Journal, Volume 002 - August 2015
Add a photo to this gallery
Retrieved from "https://ajplaywild.fandom.com/wiki/Founders%27_Map?oldid=301374"
Community content is available under CC-BY-SA unless otherwise noted.