45 Gems
The Fox Plushie is a den item. It was originally released in February 2016. The plushie can be won by random chance in The Claw machine or The Superclaw machine, which costs 5 Gems to play.

This item comes in many color varieties. It appears to be a small stuffed Fox with multiple stitches on its face, ears, arms, and tail. It also has two small round black eyes and a short pointed snout. 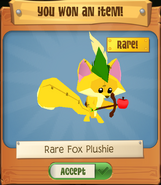 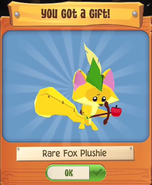 Rare Fox Plushie from The Superclaw 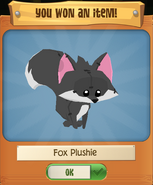 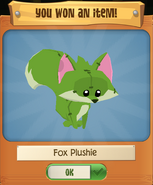 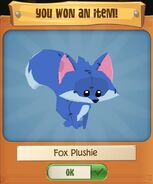 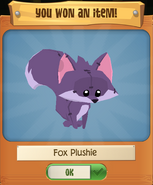 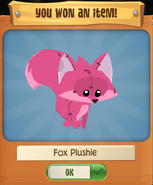 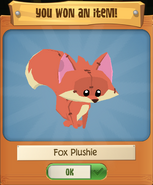 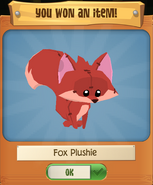